We were incorporated as Birla Communications Limited on March 14, 1995 and granted a certificate of commencement of business on August 11, 1995. Our registered office was in Mumbai, Maharashtra. Our name was changed to Birla AT&T Communications Limited on May 30, 1996 following the execution of a joint venture agreement dated December 5, 1995 between AT&T Corporation and Grasim Industries Limited pursuant to which the Aditya Birla Group held 51% of our Equity Share capital and AWS Group held 49% of our Equity Share capital. Our registered office was transferred from Industry House, 1st Floor, 159 Church Gate Reclamation, Mumbai 400 020, Maharashtra to Suman Tower, Plot No. 18, Sector 11, Gandhinagar 382011 Gujarat on October 22, 1996. With effect from January 1, 2001 following our merger with Tata Cellular Limited the joint venture agreement between AT&T Corporation and Grasim Industries
Limited dated December 5, 1995 was replaced by a shareholders agreement dated December 15, 2000 entered into between Grasim Industries Limited on behalf of the Aditya Birla Group, Tata Industries Limited on behalf of the Tata Group and AT&T Wireless Services Inc. on behalf of the AWS Group following which our name was changed to Birla Tata AT&T Limited on November 6, 2001. Consequent to the introduction of the ?Idea? brand, our name was changed to Idea Cellular Limited on May 1, 2002. The AWS Group exited from the Company on September 28, 2005 by selling 371,780,740 Equity Shares of the Company, which constituted 50% of the holding of AT&T Cellular Private Limited in our equity share capital, to ABNL and by transferring the remaining 371,780,750 Equity Shares to Tata Industries Limited.
The Tata Group ceased to be a shareholder of the Company on June 20, 2006 when Tata Industries Limited and Apex Investments (Mauritius) Holding Private Limited (formerly known as AT&T Cellular Private Limited) sold all their shares in the Company to the Aditya Birla Group.

On October 26, 2006, P5 Asia Investments (Mauritius) Limited (?P5 Asia?) acquired 14.60% of our Equity Share capital. Under a Governance and Exit Rights Agreement dated October 23, 2006 between P5 Asia, ABNL and Birla TMT, so long as an initial public offering has not occurred and P5 Asia holds no less than 10% of our Equity Shares, ABNL and Birla TMT are required to procure that (a) our Company and its Subsidiaries shall not take or pursue any of the following actions without P5 Asia?s prior consent (such consent to be obtained in a board and/or shareholders resolution) including in respect of (i) any merger with, acquisition of, or amalgamation or consolidation with another company or business; (ii) assuming or permitting to exist any borrowings or indebtedness in the nature of borrowings if the amount of all such borrowings of our Company and its Subsidiaries would exceed Rs. 6,800 million; (iii) entering into a new line of business; (iv) increasing our authorized or issued share capital; or (v) entering into a joint venture and (b) our Company makes available to P5 Asia certain financial information relating to our Company and its Subsidiaries such as monthly management accounts, quarterly unconsolidated balance sheet and profit and loss account and the annual audited consolidated balance sheets and profit and loss accounts.

P5 Asia also has a right to appoint one director to our Board so long as it holds at least 10% of our total issued and outstanding Equity Shares. Mr. Biswajit Subramanian has been appointed to our Board by P5 Asia pursuant to the exercise of the above right. In addition, any IPO of our Equity Shares requires P5 Asia?s written consent, and, further, in any such IPO, P5 Asia has the right to offer for sale such number of Equity Shares representing up to 10% of the total Equity Shares which are held by it. By its letters dated December 2, 2006 to ABNL and Birla TMT, P5 Asia has given its written consent for the Issue and has confirmed that it does not intend to offer for sale any of the Equity Shares held by it in such Issue.

We, either directly or through our Subsidiaries, provide mobile services in the Andhra Pradesh, Delhi, Gujarat, Haryana, Kerala, Madhiya Pradesh, Maharashtra and Uttar Pradesh (West) Circles, and have recently launched services and as such are in the process of fully rolling-out our network in the Uttar Pradesh (East), Rajasthan and Himachal Pradesh Circles pursuant to licenses issued by the DoT.

The chronology of key events of the Company from incorporation is set out below:

Commenced operations in the Gujarat and Maharashtra Circles

Completed debt restructuring for the then existing debt facilities and additional funding for the Delhi Circle.

-Won an award for the ?Bill Flash? service at the GSM Association Awards in Barcelona, Spain
Sponsored the International Indian Film Academy Awards

-Launch of the New Circles

-Received Letter of Intent from the DoT for a new UAS License for the
Mumbai Circle.

-Won an award for the "CARE" service in the "Best Billing or Customer Care Solution" at the GSM Association Awards in Barcelona, Spain
-Initial Public Offering aggregating to Rs. 28,187 million and Listing of Equity Shares on the Bombay Stock Exchange and the National Stock Exchange
-Merger of seven subsidiaries with Idea Cellular Limited
-Reached the twenty million subscriber mark

-Acquired Spice Communications with the operating circles of Punjab and Karnataka

-Launched services in Mumbai metro in the largest single metro city launch, ever

- Idea cellular wants to provide 3G services in 4 circles out of the 11 that it has, for the same it has contacted Nokia Siemens Networks for deployment of equipment and services.

- Nation gives a thumbs up to Idea Oongli Cricket

- In order to provide assistance to 700 million mobile users regarding the services of mobile number portability, idea cellular has started a helpline number just before the three days of its launch.

- Department of Telecom (DoT) has said that the proposal of Malaysia based Axiata group to raise 1 per cent stake in Idea cellular to 21 per cent would not create any fresh security threat for the country.

- Idea, one of the leading telecom brands in India, continues to buzz in the global arena! It has now bagged the prestigious World Communication Awards 2012 (WCA) under the ?Best Brand Campaign? category at the recently held awards ceremony in London.

- Idea Cellular launched its new communication campaign, with a catchy jingle which has immediately gone viral! ?Idea Rings All India?, the new advertisement from Idea, depicts the diversity, footprint, and seamlessness of our country, and how Idea?s customers benefit from its pan-India network.

- ?Ivory? from Idea most affordable Android 4.0 Smartphone launched in India. 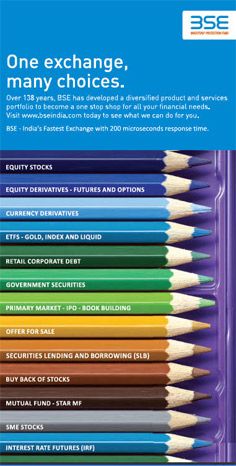